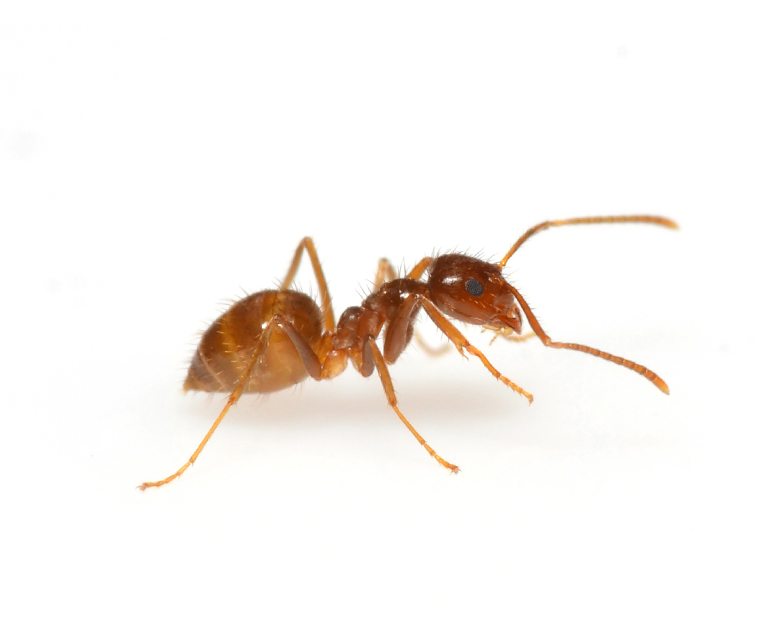 Body Color: The head, thorax, petiole, and gaster are dark brown to blackish; the body often has faint bluish iridescence.

Found scattered in all states. Nests in small cracks and crevices. Common outdoor ant in southern climates, but will not hesitate to go indoors. Feeds on animal matter, greases and sweets.They often forage long distances away from their nests, so nests are often difficult to control. The name “crazy ant” arises from its characteristic erratic and rapid movement not following trails as often as other ants. The stinger is lacking but the crazy may bite an intruder and curve its abdomen forward to inject a formic acid secretion onto the wound. The body has long, coarse, well scattered, suberect to erect, grayish or whitish setae. The antennae of the crazy ant have 12-segments without a club and are extremely long. The crazy ant worker is relatively small (2.3-3 mm). The crazy ant is extremely easy to identify on sight by observing its rapid and erratic movements. Workers are omnivorous, feeding on live and dead insects, seeds, honeydew, fruits, plant exudates, and many household foods. The crazy ant is highly adaptable, living in both very dry and rather moist habitats. The crazy ant often nests some distance away from its foraging area. It nests in such places as trash, refuse, cavities in plants and trees, rotten wood, in soil under objects and also have been found under debris left standing in buildings for long periods of time. 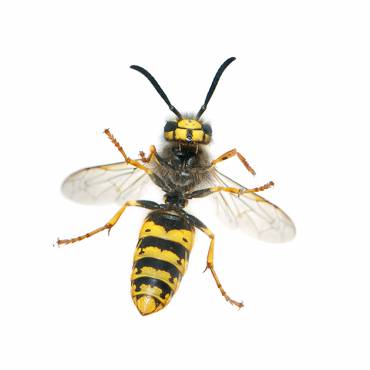 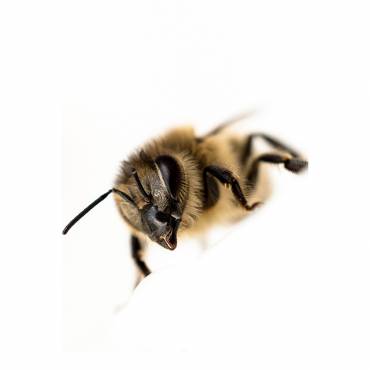 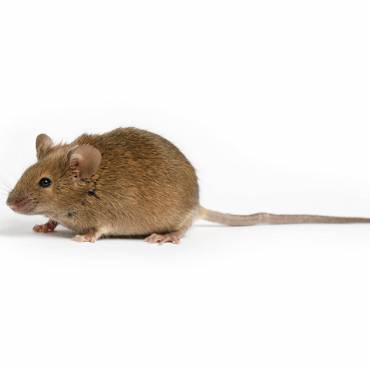